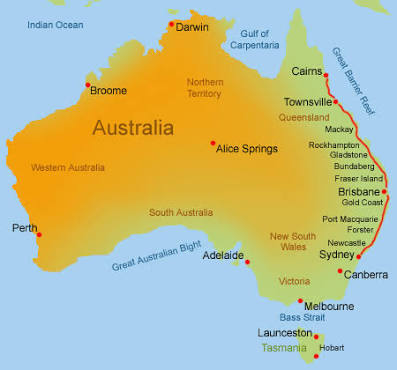 So we did it again, went on a very long drive and didn’t come back for over a month. This time our trip was about 7000kms in total and took roughly the same amount of time, 32 days. On December 28th 2016 we finished packing our car (because yes, it takes me at least a week with three intensive days just before we go) and our van and we set off for our four week journey. This trip was quite different to the last, instead of being broken up into three parts (last time it was 10 days to Perth, 9 days in Perth then 10 days back) it was broken up into five parts. I’ll be attempting to blog about the whole trip but in five parts to make it easier to record. 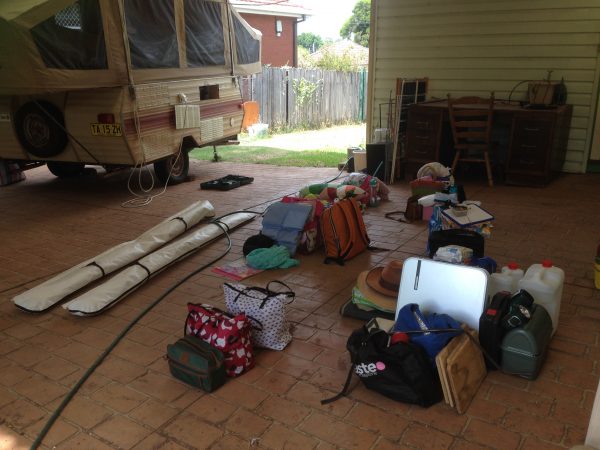 Even though the distance is much less than driving to Perth we have family in Brisbane so we spent four days with them before continuing our journey.

The day we left Michael had to do a funeral, his last for 2016 which meant we left a LOT later than we originally intended. That wasn’t the only reason we left late, before we even started the engine we had an issue with the pins connecting our van to our car. A quick call to our friend David and Michael was able to solve the issue. However, we pulled out the driveway and got 30 seconds down the road and there was a danger warning on our dash. Michael did a loop around the block and drove back to the church carpark with the intention of calling for roadside assist. Before he did that he got out the ISUZU manual and checked whether this issue and the one with the pin were related. Quite quickly he solved this issue too and we were finally off, around 5.15pm! This is pretty late to be starting off on a roadtrip but we were determined to get going as everything was packed. 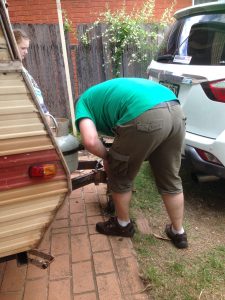 So off we went at last. First stop was in fact the place I spent the first year of life at, Tahlee near Karuah. Tahlee was a Bible College back in the 70s when my parents attended but these days it is a camp/convention site, an English language learning place and a few other things. When we finally pulled into Tahlee it was dark. We had phoned ahead and the lady in charge had agreed that we could stay the night and met us as we pulled in. The place was packed, obviously very popular these days. The photo below was taken the next morning and as you can see we were so tired that we didn’t organise anything, just made room inside to sleep and then eat breakfast the next morning. This was where my hip pain began. I have a rotated pelvis and sleeping in the centre of the van with a thin mattress on that first night caused a lot of pain. 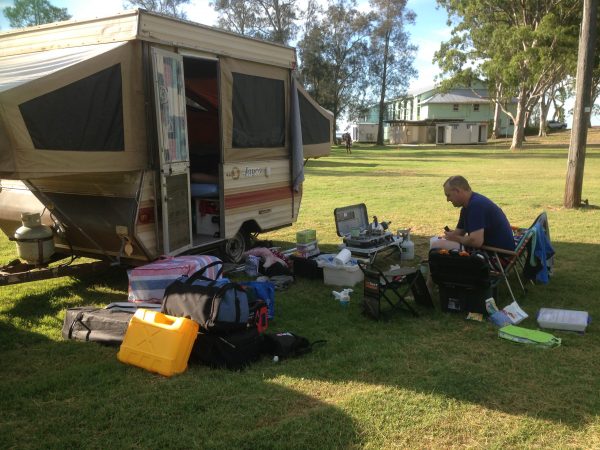 For as long as people can remember Tahlee has had its own ocean swimming pool area and the girls were very keen to take a dip so I left Michael to pack up the van and the three of us walked down to the pool. 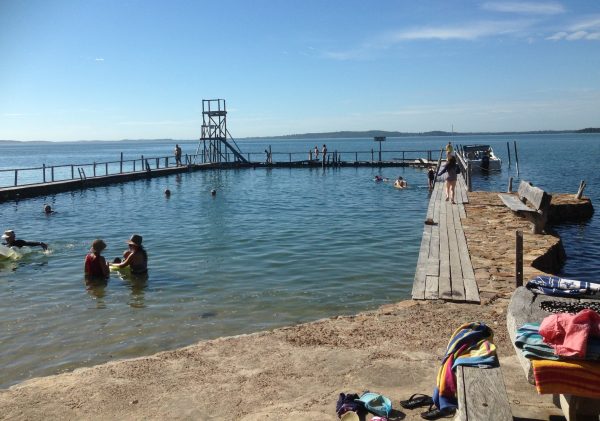 Its a pretty nice area, very picturesque and located at Port Stephens. Its worth going to just for a week’s break (something we might do in the future). Of course we couldn’t start our holiday without some sort of medical drama and after a while of having a great time swimming and jumping off the log into the water Miss K managed to cut her foot badly on the oyster shells attached to the underside of the decking. This halted all swimming for us. I had to run and get her towel to stop the bleeding (and there was a lot of blood everywhere). By the time I ran back to where she was a man who identified himself as an outdoor education teacher and his son who was also a teacher and first aid trained (perfectly safe as there were a lot of people and kids there along with me) had taken the bucket off me that I’d scavenged when I got the towel to wash the blood off the deck and told me he’d take care of it while his son gave her a piggy back to the front of the pool area. As this was all happening I was keeping an eye on Miss L who was swimming in the middle of the pool. I had told her not to go in any deeper than a marker and she went past it. I was trying to tell her to swim back but she couldn’t so another Mum who was standing watching and was in her swimmers took off her t-shirt, threw it at me and swam out and got her. SO.MUCH.DRAMA. Trust us to need rescuing and bleed all over Tahlee’s decking! I can say that for the most part this was the worst thing that happened to us on the trip medically so that’s a relief! 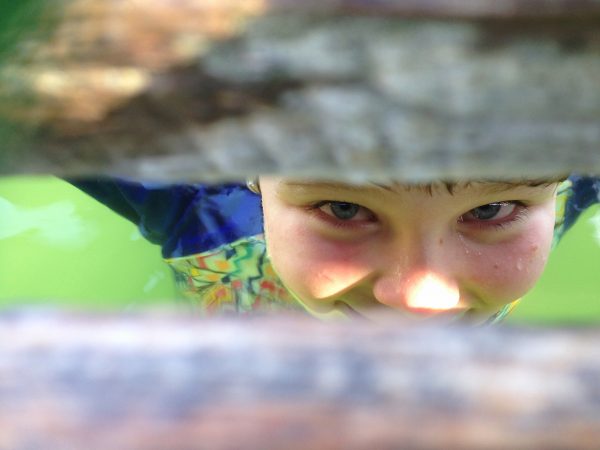 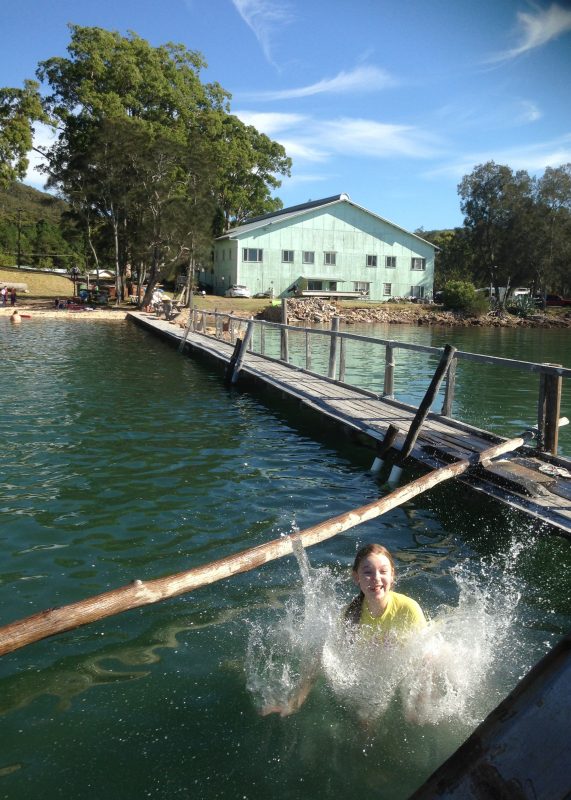 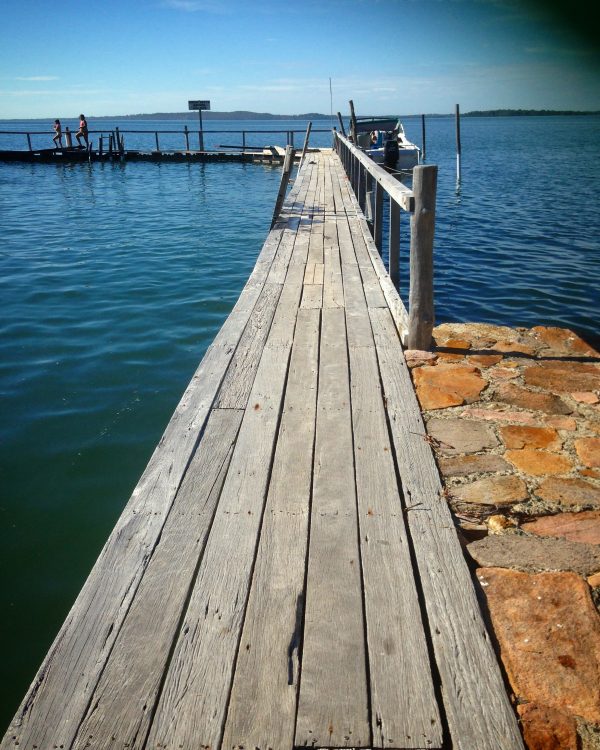 Shortly after bandaging up Miss K’s foot and finishing hooking up the van we left from Tahlee and headed north to Grafton, around 450kms. 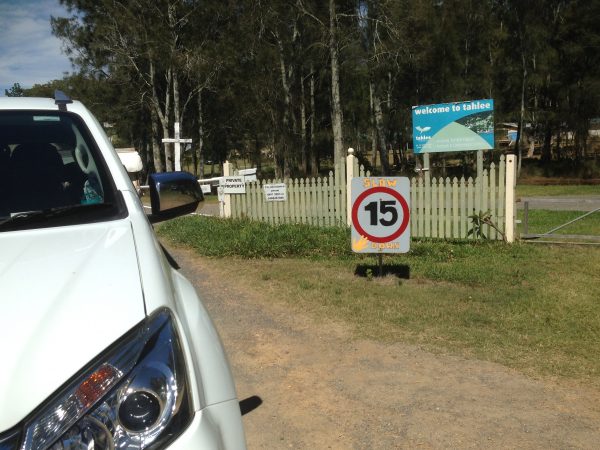 The aim for that day was to see one of Australia’s most iconic ‘big things’, the big banana in Coffs Harbour. I think I’ve seen it twice although the main memory for me was seeing it when I was 13 and my parents took me on a bus trip from Perth to Brisbane and back. My brother and I stood in front of the big banana and I wanted to repeat this with my daughters. When we arrived at the big banana I was surprised that it wasn’t as big as I remembered it, funny how things seem larger when you are a kid! 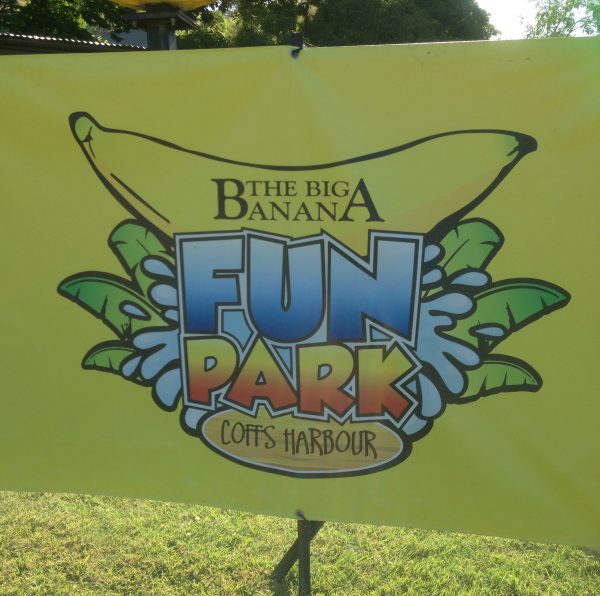 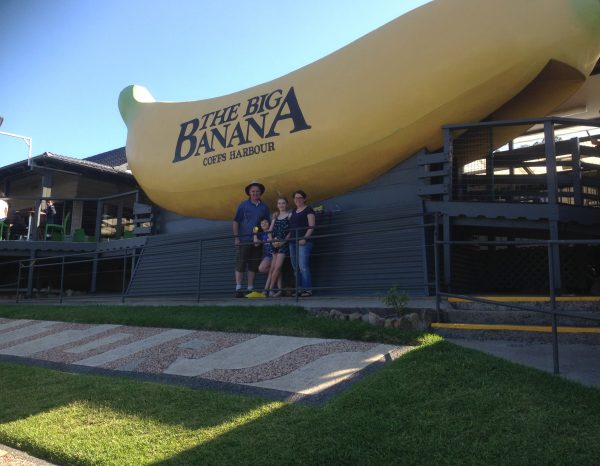 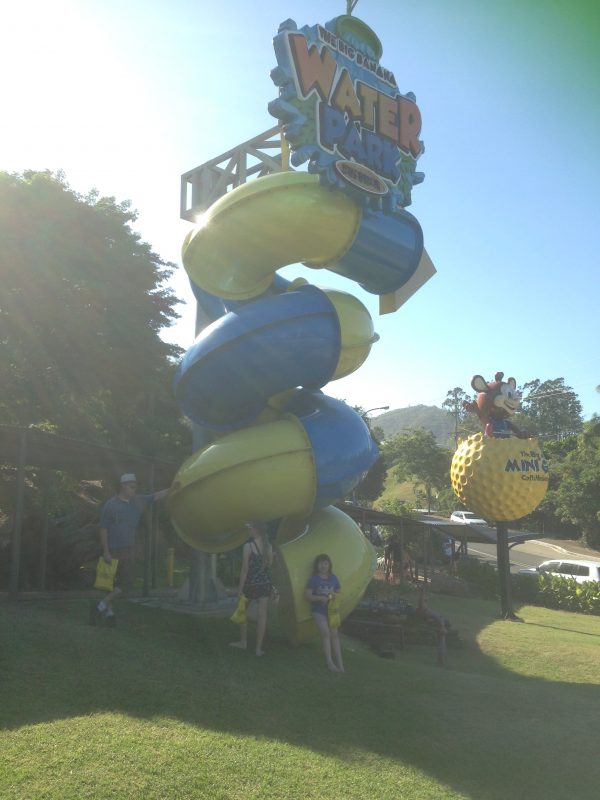 We ate banana sundays and chocolate bananas at the cafe and then the girls bought themselves a souvenir at the gift shop. I managed to get myself this cute teaspoon (not that I collect them but I liked it): 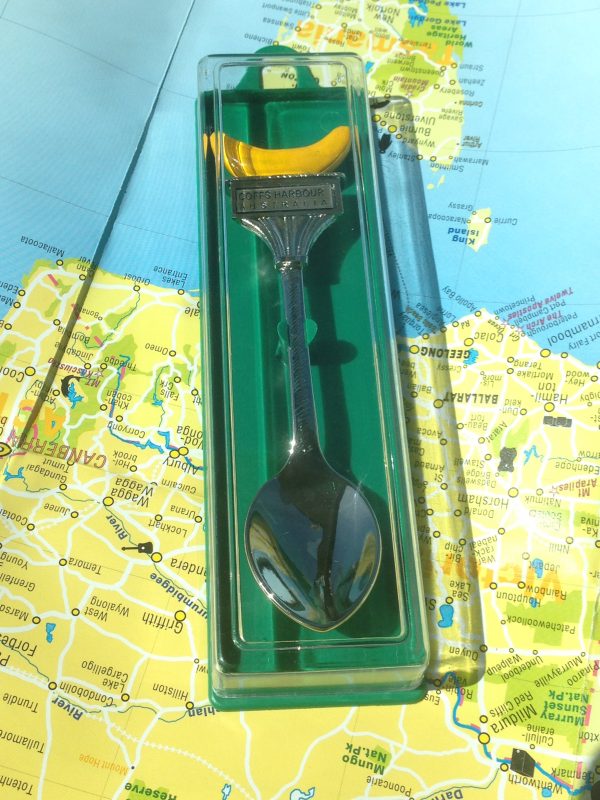 After this we continued north towards Grafton, a place I don’t remember visiting before (I may have though due to a choir trip while in Bible college Sydney to Rockhampton in 1993). Grafton is a nice town, we liked what we saw and Michael had looked ahead to find out that the Grafton Showgrounds are used for caravans and camping during the off season so we headed there. 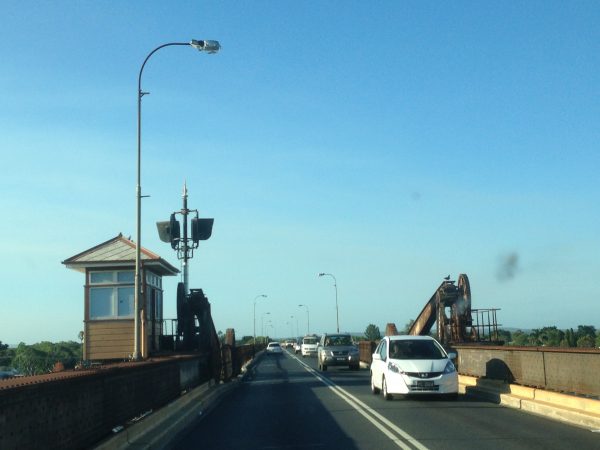 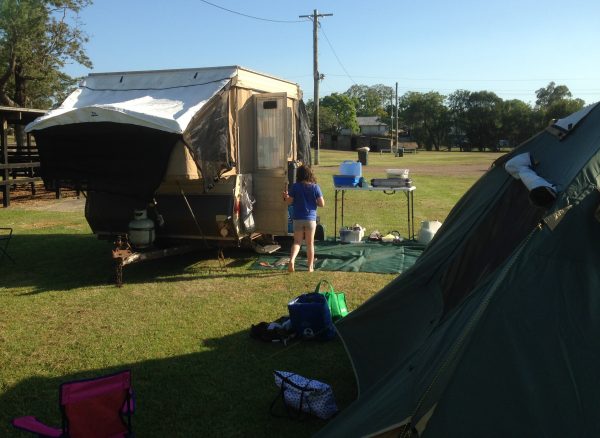 The showgrounds are huge and in the entire place there might have been 5 campers so we had all that space to ourselves. The next morning after packing up we set off again but I’ll leave those adventures for the next post. Here are some photos of Grafton though. We visited a church there because it took our fancy and the stained glass inside was really beautiful. The girls enjoyed exploring inside as much as we did. 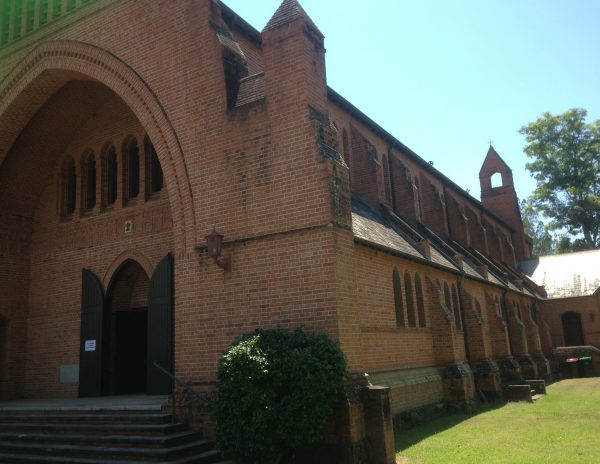 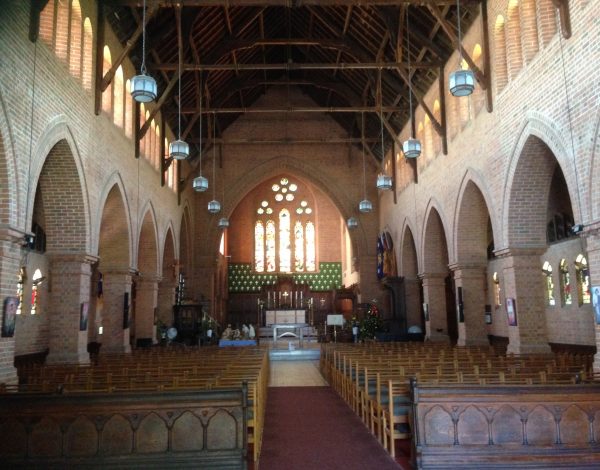 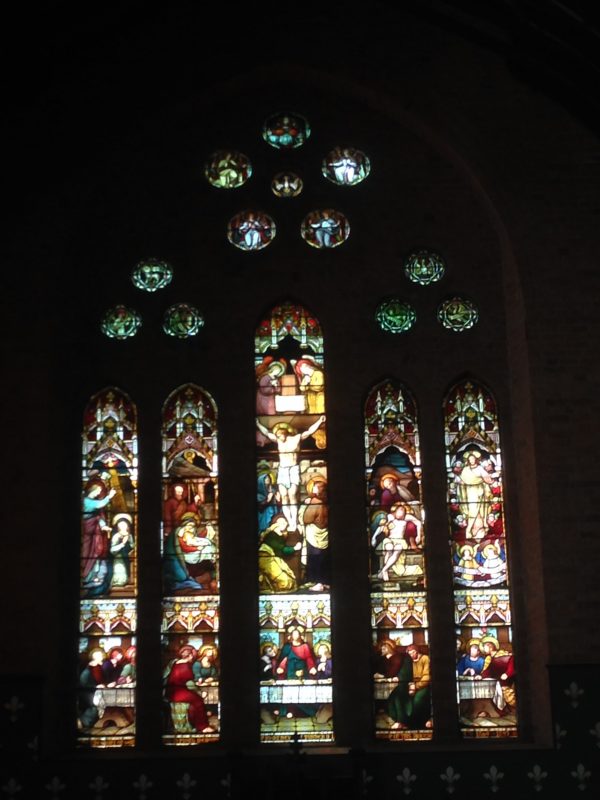 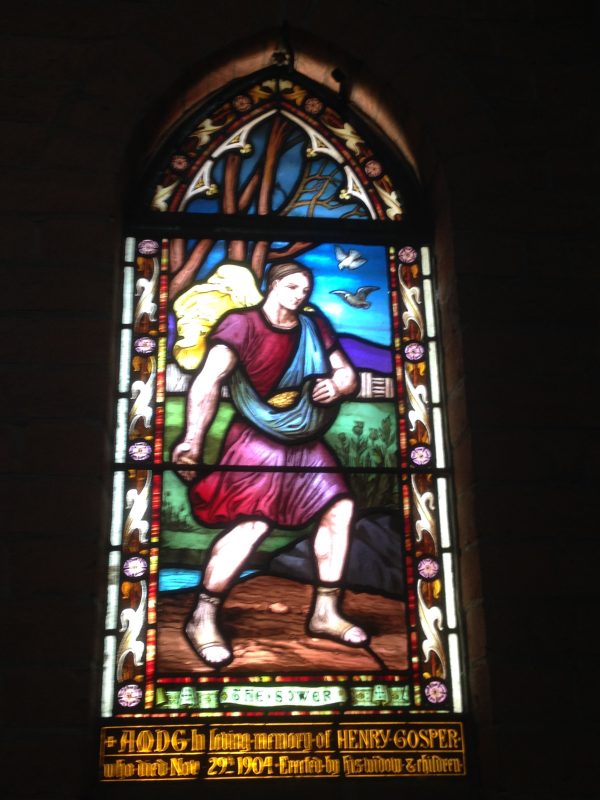 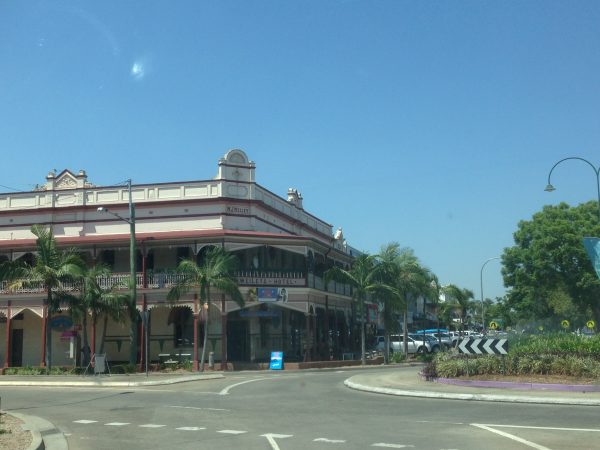 The first two days were full of adventure but also full of getting used to the van again. We had different gear this time and the van was a different configuration inside so there was some adjustment to begin with. More adventures to come! 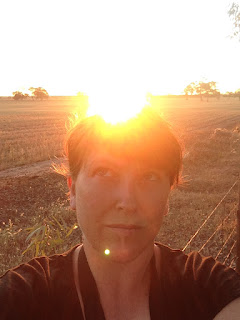 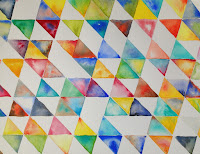